Head of the Department of General Practice – Family Medicine 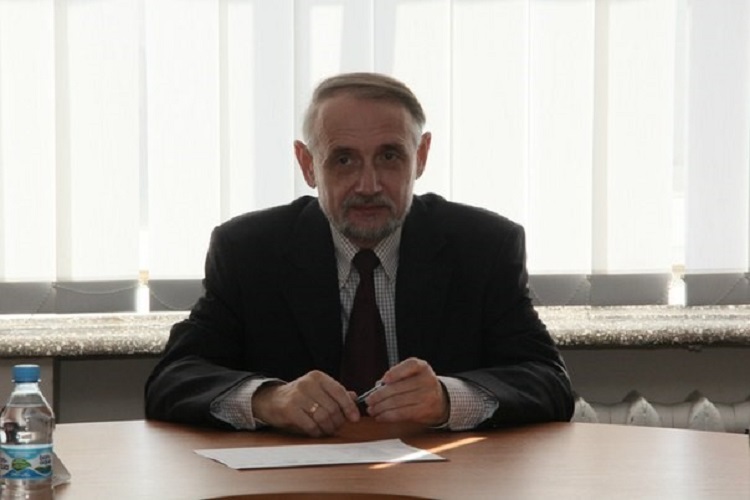 E. Y. Nikolenko graduated in 1976 from Kharkiv Medical Institute with honors in the specialty of “General Medicine”. From 1972 to 1973, he has been working as a nurse in the intensive care unit of Clinical Hospital № 2 of Kharkiv, from 1976 to 1977 as an intern in Clinical Hospital № 27 in Kharkiv, and in 1977 as a local doctor in Kegichevsk Central Local Hospital in the Kharkiv region. From 1977 to 1979, he served in the Soviet Army as a military physician in Magadan, Chukotka region.

In 1980 from the time of the founding of the Republican Cardiological Dispensary by academician L. T. Malaya, which was reorganized into the Institute of Therapy of the National Academy of Medical Sciences of Ukraine, he had positions as the Head of the Department of Functional Diagnostics (1980-1983), senior researcher (1983-1988), Head of the laboratory (1989-1991), and deputy director for scientific work (1991-2000). From 2003 until 2009, he was a director of Kharkiv Research Institute of Labour Hygiene and Occupational Diseases. From 2004, he was the Head of the Department of Hygiene and Occupational Pathology in Kharkiv Medical Academy of Postgraduate Education.

From 2009 to present professor E. Y. Nikolenko has been the Head of the Department of General Practice – Family Medicine at the School of Medicine of V. N. Karazin Kharkiv National University.

In 1986, he defended a thesis for the degree of Candidate of Medicine on the topic: "Significance of the dynamic indices of the electrocardiotopogram in assessing the course and prognosis of acute myocardial infarction”. In 1983, he was awarded with the title of Senior Researcher. In 1996, he defended his thesis for the degree of Doctor of Medicine on the topic: "Clinic and metabolic aspects of risk factors realization of the ischemic heart diseases". In 2002, he was awarded the title of Full Professor in the Department of General Practice – Family Medicine at Kharkiv Medical Academy of Postgraduate Education.

Eugene Yakovlevich Nikolenko is actively engaged in teaching, passing his wealth of experience and knowledge to students of the School of Medicine. He lectures and organizes practical classes on occupational medicine, sports medicine, physical rehabilitation, and life safety. E. Y. Nikolenko performs clinical reviews of patients in cooperation with the department staff and students at the clinical base of the Department (Kharkiv City Polyclinic № 26 of Dzerzhinskiy district).

E. Y. Nikolenko is an author of one textbook stamped by the Ministry of Education and Science and the Ministry of Education of Ukraine, 23 monographs and training aids, 15 training manuals and guidelines, and 315 articles in special editions. E. Y. Nikolenko organized and preformed 30 scientific conferences, three of them international. He is an author of 25 patents and author certificates.

Today the fields of scientific and professional interest for E. Y. Nikolenko are the study of comorbidity of respiratory system diseases of professional genesis, gastroenterological pathology, and heart diseases on the background of connective tissue dysplasia.

Nikolenko E. Ya. Is a member of the editorial board of such medical journals as "Ukrainian Therapeutic Journal", "Ukrainian Hygienic Journal", "Eastern European Journal of Internal and Family Medicine".