The existing Department of General Practice – Family Medicine School of Medicine V. N. Karazin Kharkov National University was established on the base of the Department of Civil Defense and Training of Nurses, which was organized in 1961. In the years 1961-1975, a Hero of the Soviet Union, Major General V. I. Zaitsev, headed the Department. 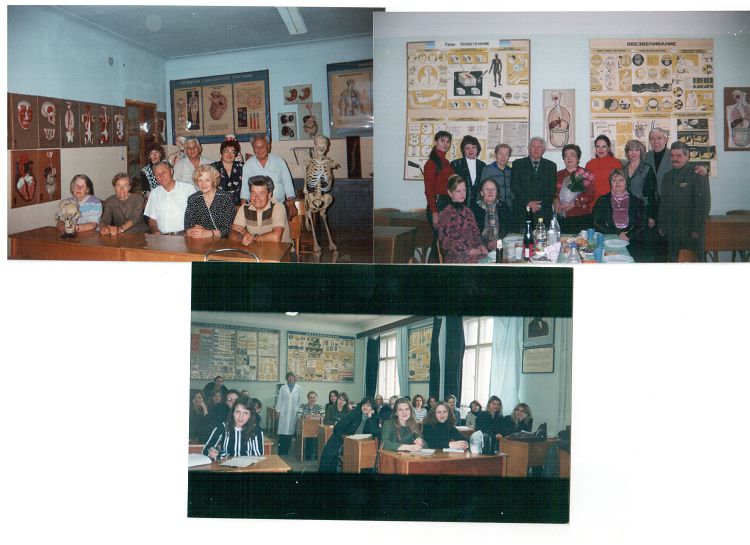 Since December 1975 within the next 27 years the medical service colonel, PhD, professor, surgeon of the highest category Ivan Bulayenko (1920-2002), was heading the department. By 1992, there was a study of nurses, which lasted for three years, 1993-1995. After the end of the courses, student received a certificate of nurse. From 1995 to 2001, the discipline "Safety of life" was taught in the department program.
From 2002 to 2009 a professor, corresponding member of the International Academy of computer sciences and systems, the Dean of the School of Medicine (2007) Viktor Nikolaevich Savchenko headed the department.

According to the order № 3501-1 / 123 of 05.11.2003, the department was renamed to the Department of Civil Protection, Disaster Medicine and Medical Knowledge Bases.

According to the Concept of Health Care Development of Ukraine (approved by the Decree of the President of Ukraine of 7 January 2000 № 1313/2000), in the priority of which is medical care based on family medicine. According to the decision of the Academic Council of Karazin Kharkiv National University on December 29, 2009 the Department was reorganized into the Department of General Practice – Family Medicine with subordination to the Department teaching the basics of medical knowledge (order № 3501-1 / 004 from 11.01.2010).

From 2009 to the present, the department has being headed by MD, Professor Evgene Yakovlevich Nikolenko.