History of Department of General and Clinical Pathology 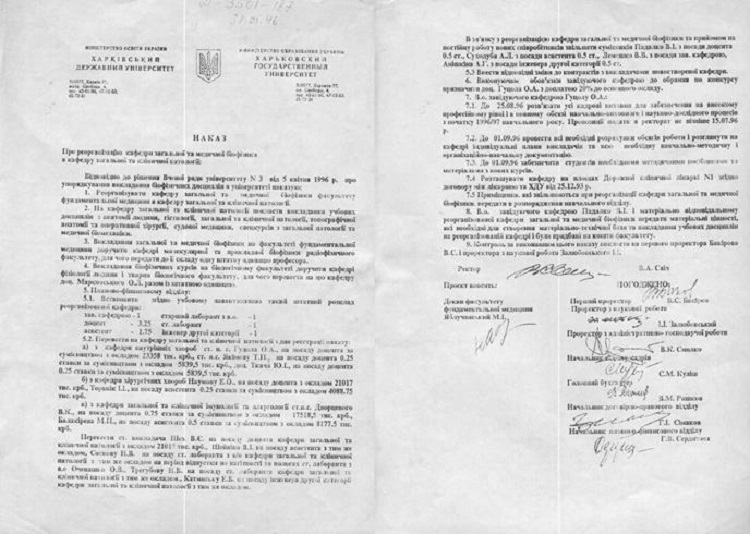 Associate professor Dr. Alexey Gutsol, MD, PhD has been chosen as the first Head of the Department and he secured that position until 2002.

From the beginning of the department’s history the Museum of Human Anatomy and Pathological Anatomy was found by staff and students. The Museum’s collection included archive of slides with histological and pathological specimens. Also from other hand, the research study of particularities of hormonal receptor status of breast cancer began then.

The other scientific topic of the Department was study and comparative analysis of characteristics of regular skulls and skulls with acquired skull deformities in ancient people of Khazar Khaganate who lived on the territory of modern Ukraine. Professors and students of the Department collaborated on that project. Students also had a great opportunity to discuss findings during Student’s Scientific Circle, Human Anatomy chapter. 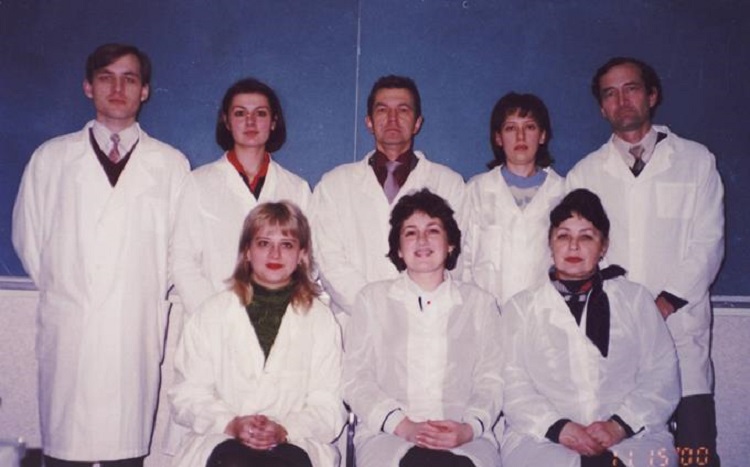 During the existence of the Department, many well-known scientists and experts have contributed to the development of scientific research and improving the educational process.

Full professor Dr. Gennady Toporov, professor Emeritus, MD, PhD was the founder of Topographical Anatomy and Operative Surgery course at the Department. He was the prominent scientist, author of numerous scientific works in human anatomy and topographic anatomy, and great educator. 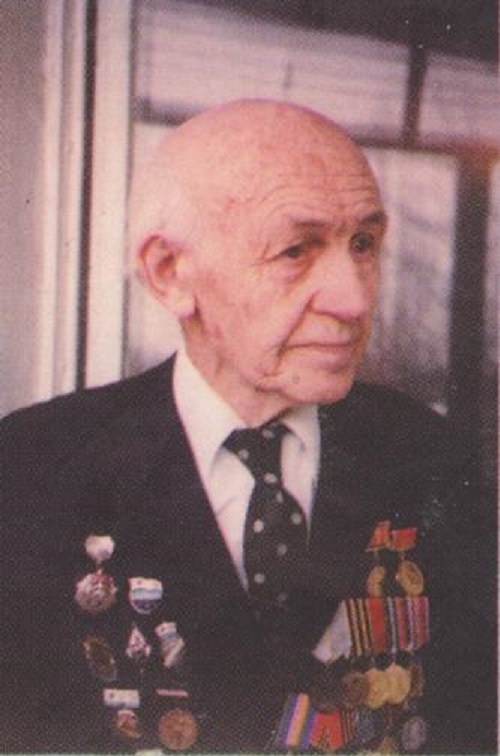 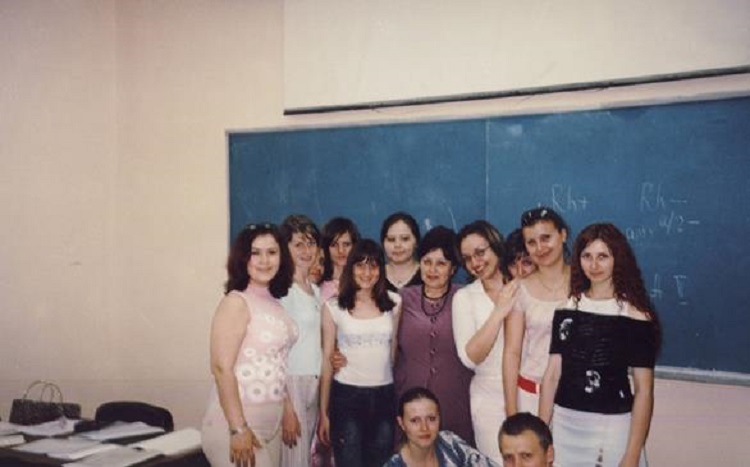 Associate professor, Dr. Ella Naumova, MD, PhD was the Head of Human Anatomy course. She made a significant contribution to the development of Anatomy teaching strategy and promoting student’s welfare.

Since 2002 full professor, Dr. Olena Protsenko, MD, PhD is the Head of the Department.She definitely did a great impact on development of the Department. Under her wise guidance, the Department of General and Clinical Pathology became prosperous core and clinical foundation at the School of Medicine. 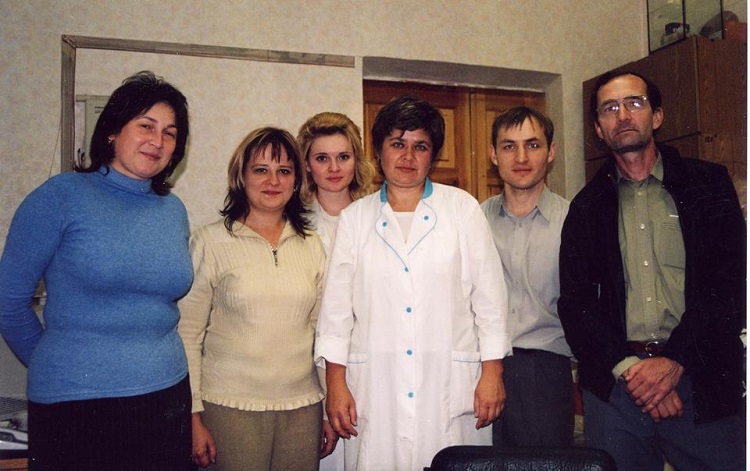 Dr. Protsenko is also a scientific supervisor. Her PhD students successfully defended theses. The topic of research study for those works was a morphological investigation:

⇨Dr. Olena Polyakova «Pathological anatomy of the pancreas of fetuses and neonates from anemic mothers»;

⇨Remneva Natalia A. «Pathological anatomy of the thymus of women with generalized myasthenia gravis».

The School of the Department is actively collaborated with the Institute of General and Emergency Surgery Academy of Medicine of Ukraine on the project “The study of heterogeneity of metabolic and immune disorders, and correction before and after thymectomy in patients with myasthenia”.

For example, also since 2003, our Department actively collaborated with school members of the Department of Anatomy of the Witten/Нerdecke University, School of Dentistry, Witten, Germany, to study the morphological particularities of the skulls of people who lived on the territory of the Kharkiv’s region during the time of the Khazar Khaganate.

As the part of the project a comparative analysis of regular skulls and skulls with acquired deformities in Ukraine was done. Dr. Fedorischeva, PhD student of Dr Yabluchansky combined the results of the study and suggestions of her consultant from Witten/Herdecke University, Dr. Wolfgang Arnold in her PhD work “Comparative analysis of regular skulls with the skulls with acquired deformities from archaeological excavations in Upper Saltov, Lower Don, Chersonese, Tepe-Kerman”, which she successfully defended in 2008.

Furthermore, effective cooperation between the two universities has led to the creation of a multimedia atlas of Histology in three languages (2007). 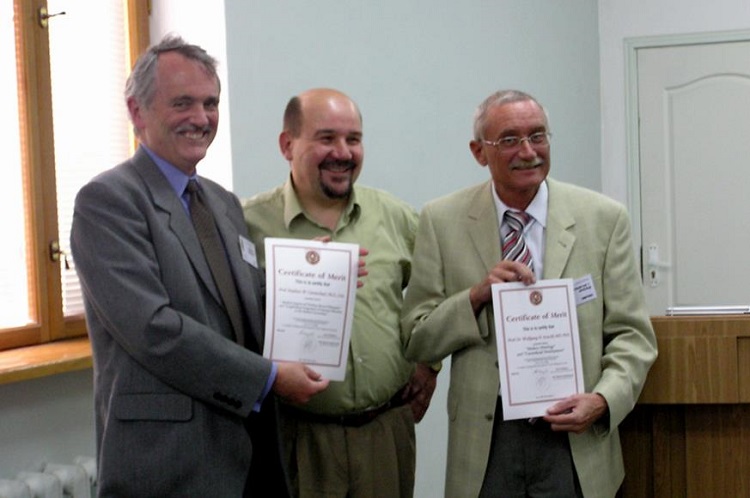 Since 2003, all lectures of the Department switches on multimedia format, using MS PowerPoint. Thus, the Department has its own developed methodology, educational materials for all department’s disciplines. 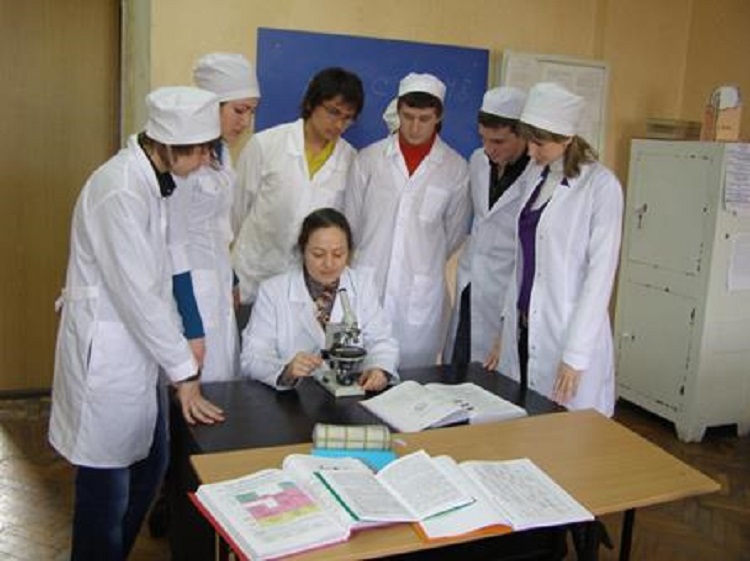 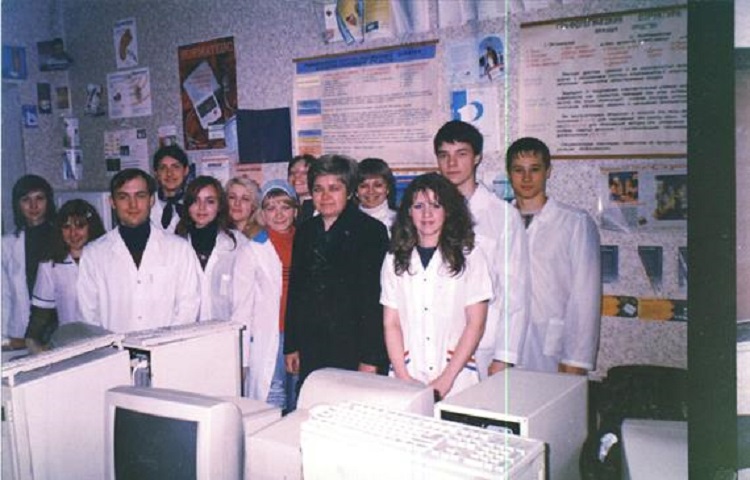 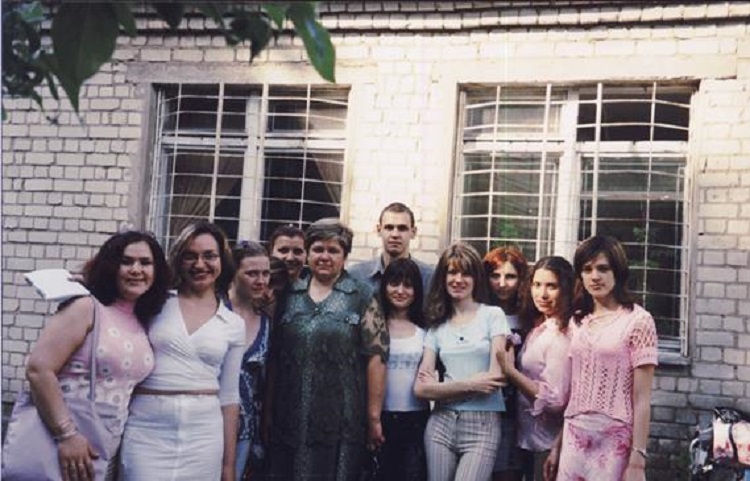 Students involved in scientific projects of the Department were awarded the first places at the National Ukrainian Olympiads and competitions of student scientific endeavors. 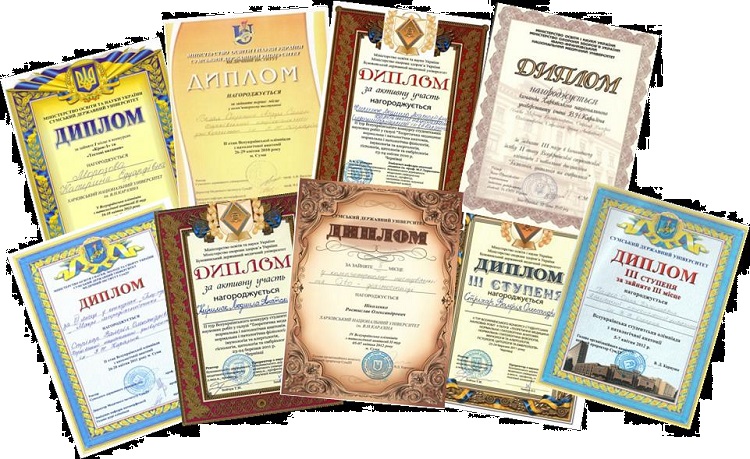 The Department regularly organizes scientific conferences and seminars where students and School have equal opportunity to present the results of research studies. 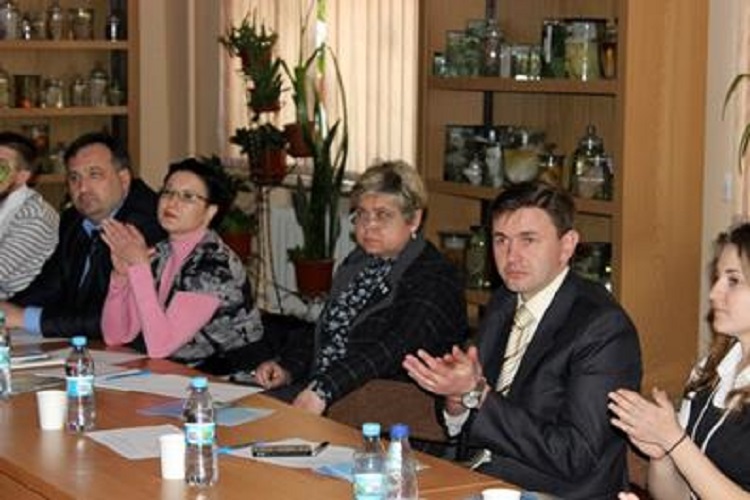 Every April the International Student Conference is held at the School of Medicine. Members of Student’s Scientific Society (Chapter Pathology) are active and regular its participants. 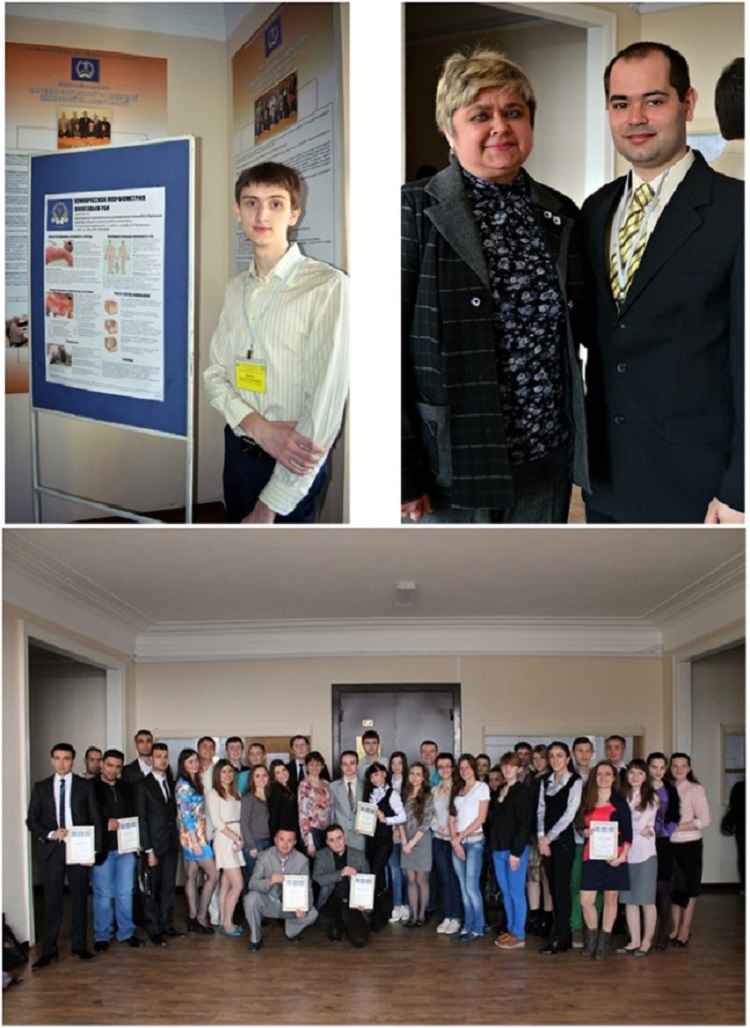 The Department is also providing the continuous medical training for domestic and international professionals in Pathological Anatomy. 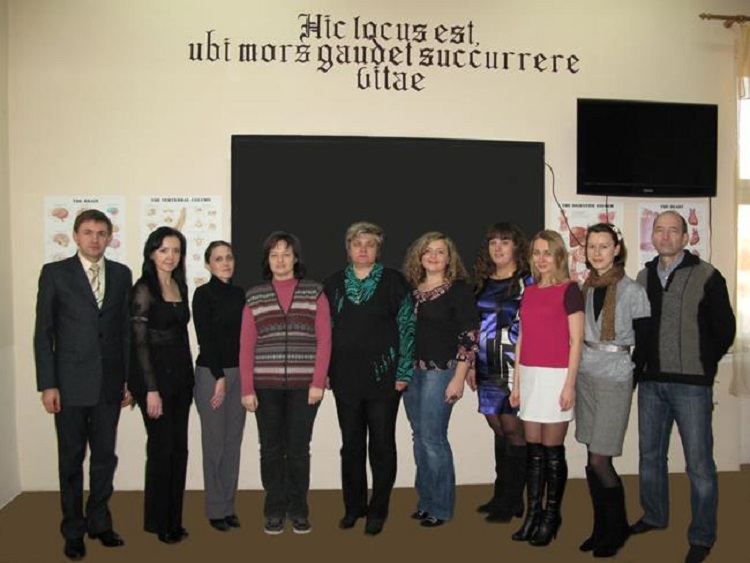 The School and staff of the Department always try to minimize the student’s live stress, promoting good relationships and healthy educational environment. Field trips, excursions, picnics etc. are usual things, which is enjoyable for undergraduate and graduate students and for School.

The electronic version of the monograph "The Department of General and Clinical Pathology. From beginning to present time"

The online-supplement to the monograph "The Department of General and Clinical Pathology. From beginning to present time"