Head of the Department of General and Clinical Pathology

Dr. Olena Protsenko, MD, PhD is currently the professor and the Head of the Department of General and Clinical Pathology. She has attained national and international recognition as an expert in Anatomical Pathology. 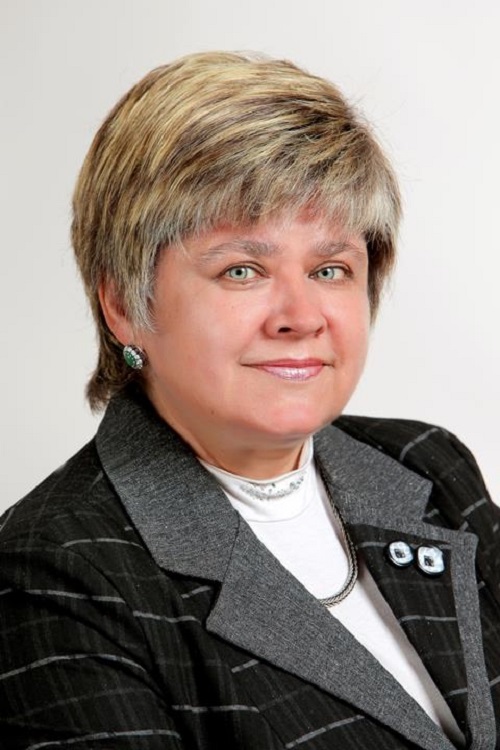 In 1984, she has been promoted to Head of Pathology Department at Kharkiv Hospital No.1. In 1987, Dr. Protsenko continued her training secured the clinical fellow position at Kharkiv Medical Institute. And later she was recruited to run the Department of Pathology at the Kharkiv Institute of General and Emergency Surgery, serving as pediatric pathologist. In 1994, Dr. Protsenko began her academic career by joining as associate professor to Anatomical Pathologist Department at Medical Institute of Sumy State University, where she continued to deliver distinguished service as pathologist and consultant at Sumy Regional Pathology Bureau. In 1992, she successfully defended her PhD thesis ‘Comparative Morphologic Study of Atherosclerosis in Kharkiv’s Men for 20 years’. In 1998, Dr. Protsenko was awarded as Associate Professor.

In 2013, Dr. Protsenko accomplished next doctoral research study ‘Anatomical Pathology of hepatic and biliary system of fetuses and newborns form mothers who had complicated pregnancy’ and she successfully defended her thesis for the academical degree of Doctor of Medicine. In present time she is considering to be awarding the tenured professorships.

Dr. Protsenko has excelled in promoting the academic mission and her experience and wisdom are highly valued within our academic and student’s community. She makes great contributions in education of future doctors by delivering numerous lectures on the general principles of pathology and clinical Pathology for Ukrainian and English speaking students; practical lessons in Anatomical Pathology and Autopsy courses. Tightly collaborating with school and students Dr. Protsenko performs autopsy with analysis of morphological particularities of tissues and organs in different disease. Preliminarily students familiarize themselves with theoretical part. Medical students always enthusiastically participate in discussion of clinical cases. Medical students of 6 years of education perform autopsy under supervision, what allows studying aspects of etiology and pathogenesis, clinical and laboratory diagnostics, and morphological appearance of different diseases.

Over the course of her career, Dr. Protsenko has had national impact in pathology education through her contributions to key textbooks in the field, 82 educational methodological recommendations, and 69 articles peer-reviewed articles for scientific magazines. The most prominent her published works are recommended by the Ministry of Education and Science of Ukraine (textbook for medical students ‘General Pathomorphology/Protsenko OS, Remneva NO, Sherstyuk SO etc. – V. N. Karazin Kharkiv National University. – Kharkiv: KhNU, 2013. – 194 p.) , monograph (Anatomical Pathology of non-tumor changes in thymus in patients with generalized myasthenia/Protsenko OS, Remneva N.O. – Kh.: V. N. Karazin KhNU, 2010. – 148 p.). Moreover, Dr. Protsenko holds four patents.

Dr.Protsenko is an active participant and host of clinical and scientific conferences, international workshops and CME, Congresses of Society of Pathologists of Ukraine. 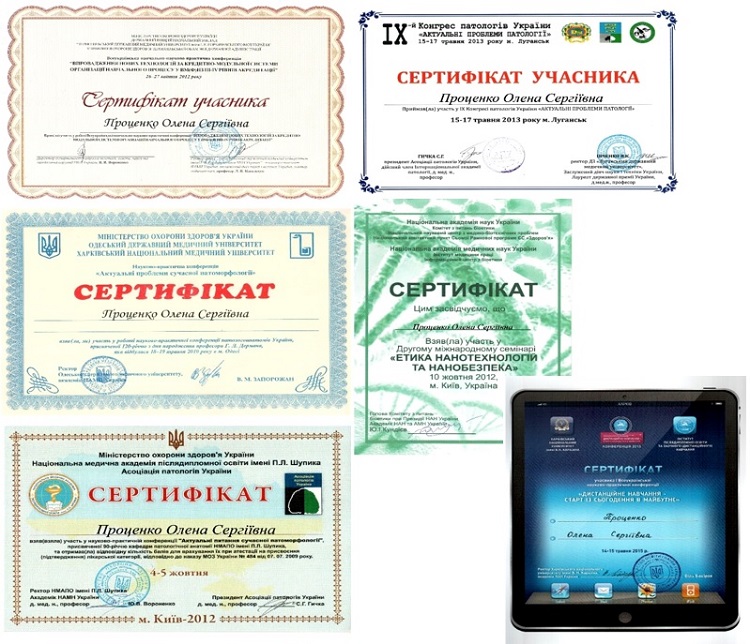 Under her exceptional supervision PhD candidates defended their theses: Dr. Olena Polyakova (thesis ‘Anatomical pathology of pancreas of fetuses and newborns from mothers with anemia’, 2006) and Dr. Natalya Remneva (thesis ‘Anatomical Pathology of hyperplasic process in thymuses, 2008). She was nominated numerous times by prestigious University Director's awards for dedicated clinical and academic work for her great personal input in professional education of medical students. Dr. Protsenko has an interest and expertise in morphology of autoimmune diseases and tumors of thymus in patients with myasthenia. 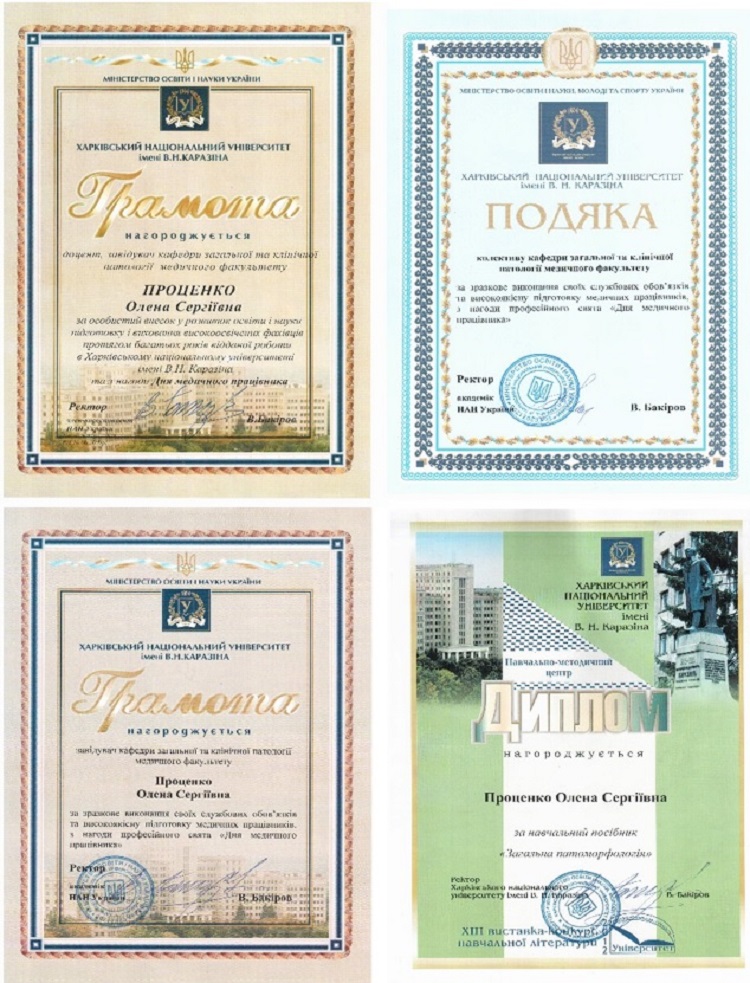