Head of the Department of Internal Medicine

The Head of the Internal Medicine Department is Doctor of Medicine Tykhonova Tetiana Mihailivna. Tykhonova T. M., Doctor of Medicine, Professor, Senior Researcher, іn 1983 with honors had graduated from the Kharkiv Medical Institute with specialization “General medicine”. After graduation, she worked as a doctor in the Kharkiv Road Clinical Hospital. From 1987 to 1989 she was trained in clinical residency in the specialty “internal diseases”. From 1990 to 2001 Tykhonova T. M. worked as an assistant of the Faculty Therapy Department in the Kharkiv Medical Institute. As an assistant of the department she held practical classes and clinical lectures in internal diseases and endocrinology to the students of IV and VI courses, including English-speaking students. From 2001 to 2018 she was a Senior Researcher in the Department of Clinical Endocrinology SI "V. Danilevsky Institute of Endocrine Pathology Problems of NAMS of Ukraine". 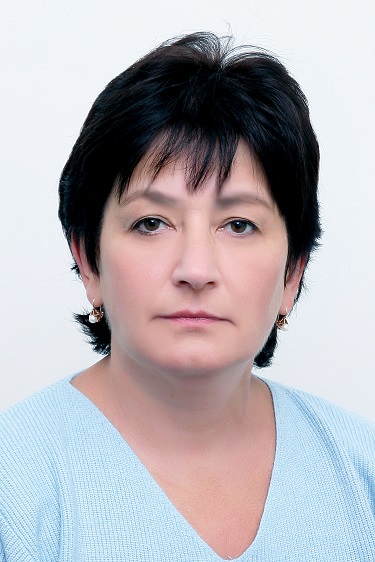 Tykhonova T. M. has the highest certification category in the specialties of "endocrinology" and "therapy".

In 1992 she defended her thesis for the degree of Candidate of Medicine in the specialties 14.00.05 – internal diseases, 14.00.03 - endocrinology on the topic "Features of the course of intestinal lesions in diabetes mellitus", in 2015 year she defended thesis for the academic Degree of Doctor of medicine in the specialty 14.01.14 – endocrinology on the topic “Slowly progressing autoimmune diabetes of adults: stages of development, clinical, immunological and genetic markers, substantiation of pathogenetic therapy”. In 2005, the decision of the Higher Attestation Commission of Ukraine conferred the academic title of Senior Researcher to Tykhonova T. M.

Tykhonova T. M. is the author of more than 200 scientific and educational works published in Ukraine and abroad, including methodological recommendations for students and doctors, also she is co-author of the textbook "Clinical Pharmacology".

Nowadays the field of scientific and professional interests of Tykhonova T. M. at this stage of her activity includes internal medicine, endocrinology.