History of Department of Obstetrics and Gynecology

Kharkiv’s obstetrics history is an integral part of obstetrics in Ukraine. Its formation is connected with the Kharkiv State University, which was founded the January 17th, 1805. The medical or health sciences department was established among the first four. There were six departments consisted in this faculty, one of them was midwifery department, which later was called the Department of Obstetrics, women's and children's diseases. 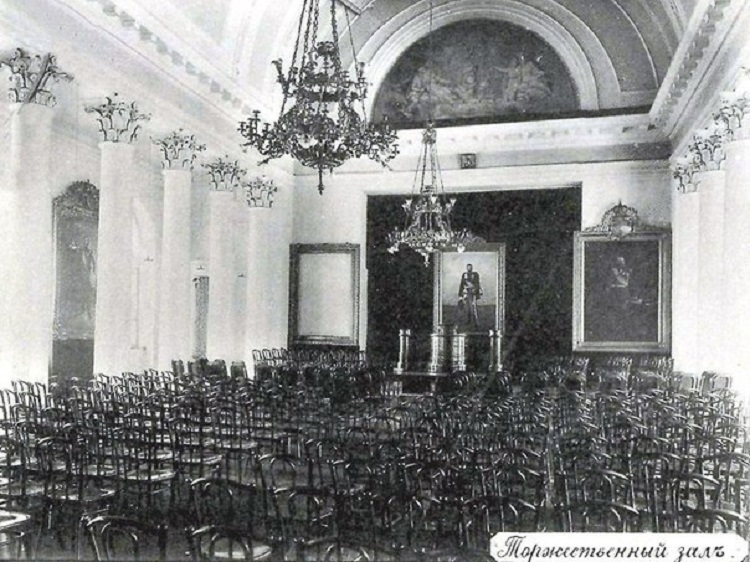 Further development of the Department was being led by Professor A. Blumenthal (1827-1834). In this period (1829) the first obstetric clinic was established on the University Hill. This clinic consists of four beds and working on the clinic had been allowed to improve theoretical knowledge due to clinical. A.I. Blumenthal denounced the use of perforation of a live fetus head with a narrow pelvis and pointed to possible ways of saving the life of a woman and child.

F. I. Gan headed the Department from 1834 to 1862. During this time, 15 scientific works were written on obstetric, pediatric and other topics, including 2 students and practical obstetrics guide. 15 midwives and 713 doctors had been studied on the faculty at that time, 14 of them was conferred upon the title of obstetrician.

From 1862 to 1885 the Department was headed by prominent gynecologist Ivan P. Lazarevic. Нis top merit in the introducing scientific basis to study of obstetrics and gynecology, implementation physiological direction to improve the practice of obstetrics. His methods of obstetrics teaching were based on the study of anatomy and physiology of the female organism. In order to improve the educational process I. P. Lazarevic insisted on teaching of obstetric discipline directly at the woman bedside. Through his activities, the clinic was expanded to 25 beds, which contributed to improving of teaching methods and mastering of practical skills. I. P. Lazarevic created obstetrics institution that midwives trained (1869). The eminent scientist and innovator, teacher and public figure, professor I. Lazarevic founded and glorified the Ukrainian School of Obstetricians and Gynecologists. Among his pupils were 6 professors (P. Jasinski, N. Havronskyy, L. Mantsevych, K. Horeleychenko, M. Ponomarev, M. Sevastyanovych). He considered the labor as a reflex process and devoted much attention the functional state of the nervous system for the development of labor. He made interviews with laboring woman to remove the dominant of fear in the labor. His scientific activities had been included to study the weakness of labor activity, eclampsia, resuscitation of babyborn and hypogalactia. He invented and offered a lot of tools for practical purposes. In 1873 in the London exhibition, he was awarded a gold prize for the creation of "Atlas of gynecological and obstetrical instruments" and direct of the obstetric forceps. An outstanding surgeon I.P. Lazarevic was the first to perform ovarioectomy and hysterectomy in cases of fibroids, used chloroform and ether anesthesia for childbirth, and suggested the external method for placenta removing. Professor I. Lazarevic wrote 90 scientific works. Among them are double textbook "Obstetrics course", monographs "The activities of women", "Attention to babies and mothers." From 1885 to 1902 the Department was headed by prominent scientist and gifted teacher M. F. Tolochynov. Among of his achievements are a method of uterus tamponed for stop atonic bleeding, determination of the ventricular septal defect in newborns (Tolochynov-Roger disease), indications for surgical treatment and others. N. F. Tolochynov continued development of Kharkiv School of Obstetricians and Gynecologists. There were 2 doctoral dissertations (P. V. Mihin "To question about antiseptic childbirth", M. Mironov "About of postpartum diseases reasons ") performed under his leadership. He had published 23 scientific works, wrote "Textbook of obstetrics art", "Textbook of female diseases", and participated in the magazine "Obstetrics and women's diseases." Due to activity of professor, M. F. Tolochynov was built a new building and the obstetric clinic was increased to 40 beds. There is a Department of Obstetrics and Gynecology of Kharkiv National Medical University in this building today. Later the Heads of Departments were P. Y. Jasinski (1902 - 1903), P. V. Mihin (1903 - 1912), V. D. Brant (1912 - 1922). Professor Jasynsky is the author of the textbook "The course of obstetrics." Professor Mihin and his department staff had made a significant contribution to the development of bacteriology. Professor Mihin wrote 15 scientific works. There were 5 doctoral dissertations (G. Prokopyev, F. Solovyev, N. Illarionov, S. Zvynyatskyy, P. Hazhynskyy) performed under his leadership.

The period from 1861 to 1917 was a very fruitful for the Department in the scientific, pedagogical and practical terms. During this time 13 professors, 4950 doctors, more than 3,500 midwives had been taught on the Department. It was published more than 300 scientific works, written three textbooks on obstetrics, one of gynecology, one of pediatrics, provided medical care by the specialized for many thousands of pregnant women and gynecology patients. There were tenders for the best student research that promoted to encourage to scientific experimental activity in Kharkiv University.

Since March 2003 in V. N. Karazin Kharkiv National University have been opening the School of Fundamental Medicine again. From beginning, the teaching of obstetrics and gynecology was conducting at the Department of Pediatrics, Obstetrics and Gynecology. The Department of Obstetrics and Gynecology has existing as a separate structural unit of the Faculty, since December 9, 2008. The Head of the Department since its foundation to 2016 was Doctor of Medicine, Full Professor Olga V. Gryshchenko, and since 2016 up to now - Doctor of Medicine, Full Professor Mykola H. Gryshchenko.