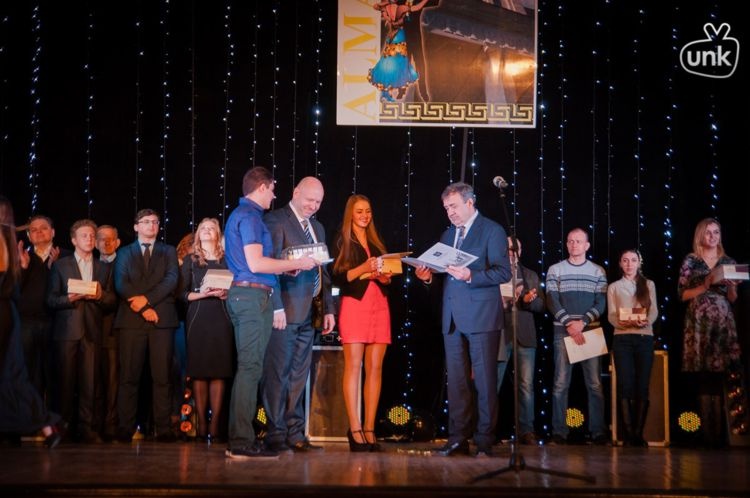 With the help of the Students Council and the Primary Trade - Union organization of postgraduates and doctoral candidates of V. N. Karazin Kharkiv National University of the annual competition «Alma Mater» took place. The first year students of all faculties had the opportunity to show their skills and talents over a period of one week.

The theme of the competition of the current year was «An unfinished story». Although it didn’t prevent the students of the School of Medicine from creating of full value and in all senses «complete» plot and to surprise all those present by a kaleidoscope of the musical themes and dancing performances. The first-year students presented everybody who saw the performance with the mysterious atmosphere of «the city of sins» Las-Vegas and were able to recreate its cultural life.

During the competition, the artistic and energetic team of the doctors-to-be conquered the hearts of the jury and the audience by their theatrical performances, original creative ideas and consummate charisma. Grace and ardour, which were multiplied by native talent of our students allowed them in the fair competitive fight to gain the second place according to the jury judging.

The administration of the School of Medicine and the scientific-teaching staff are obliged to the participants for their active stand and wish them new creative, educational and scientific victories!