The contest "Beauty of the University 2016" was provided 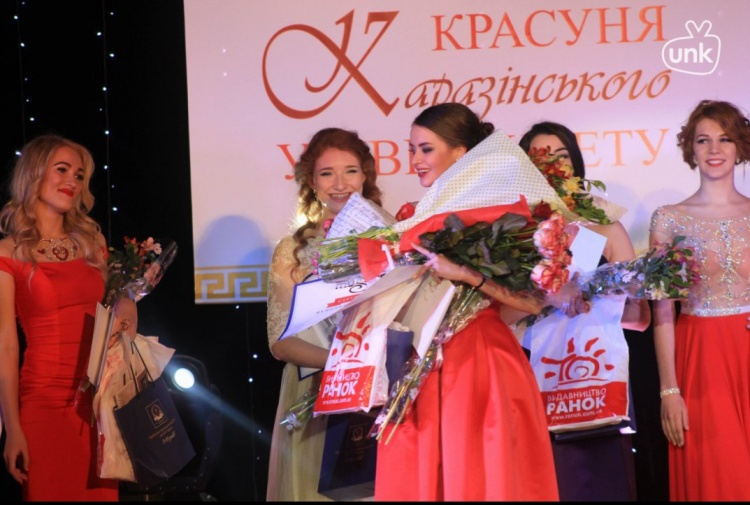 A traditional contest "Beauty of the University 2016" was held in the University of Karazin with the help of the Universitity Cultural Centre, with the support of the Trade Union of Students and doctoral students and the Student Council. Romanovskaya Kseniya, a 3rd year student, was decided to be a representative of our department. Kseniya became a winner in 4 categories, 4 titles were won by her: "Miss trade union", "Miss attractiveness", "Miss younova» and "Miss Universe".

Participants have shown grace, artistry and charisma during the three catwalks and all of them were good at different competitions, their talents were seen and discovered, they also have shown erudition and eloquence. Beauties have conquered the hearts of visitors not only for their beauty, but also for their romantic and energetic performances.