Students of the School of Medicine took part in the first inter-university scientific-practical conference for young scientists, students and medical interns "Actual problems of laboratory medicine" 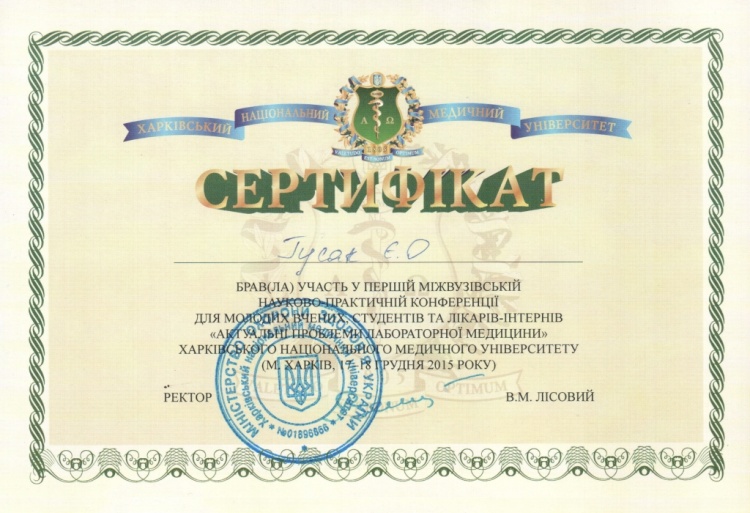 Theme of the research: "Perspective directions of studying the effect of biologically active substances on indicators of the hemostatic system".

The author stated that the prevention of thrombotic complications is an important issue of complex treatment of patients with cardiovascular disease. It is desirable to take medicines, which can be used for a long time with minimal impact to the body.

E. О. Gusak gave methods of laboratory diagnostics used to assess condition of the blood coagulation system. Clinical example of preoperative research of the hemostatic system indicators has been examined and the assumption of the impact of biologically active substances of ginger on the laboratory indexes of the hemostatic system has been also done. Effects allow to predict the therapeutic use of fresh ginger in the prevention of thrombotic complications in patients with cardiovascular disease, especially in cases of intolerance to the known antithrombotic drugs.