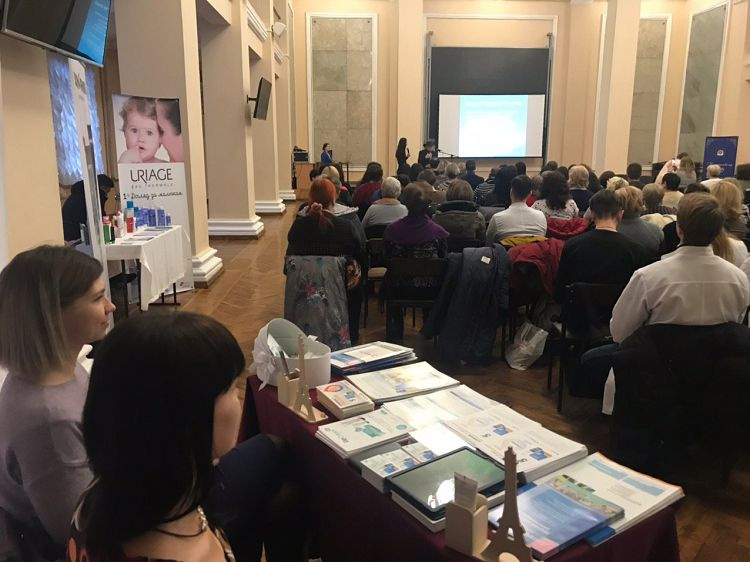 On 14th of February, 2020 at the V.N. Karazin Kharkiv National University the inter-faculty scientific symposium with international participation "INNOVATIVE TECHNOLOGIES AND MULTIDISCIPLINARY ASPECTS IN THE WORK OF MODERN MEDICAL DOCTOR" was held. The event was organized by the School of Medicine, Department of Pediatrics # 2, School of Sociology, Department of Sociology, and Eastern Ukrainian Academy of Pediatrics.

The symposium was opened by Professor V. Belozorov, Dean of the School of Medicine of V.N. Karazin Kharkiv National University, and Andrei Penkov, President of the Eastern Ukrainian Academy of Pediatrics. They sincerely congratulated all present and invited to join the event.

Famous pediatrician, clinical pharmacologist, dean of the Faculty of Pharmacy at the Israeli Ariel University, Professor Gideon Koren, who presented two practically oriented lectures, was the honored guest. In total, 129 clinicians, about 30 faculty members and 52 future physicians were involved in the symposium.

The program of the symposium proved to be rich and interesting. The organizers succeeded in establishing a productive interdisciplinary dialogue and uniting the efforts of pediatricians, clinical pharmacists, gynecologists and general practitioners around the problem of improving the quality of health care to the pediatric population in Ukraine.