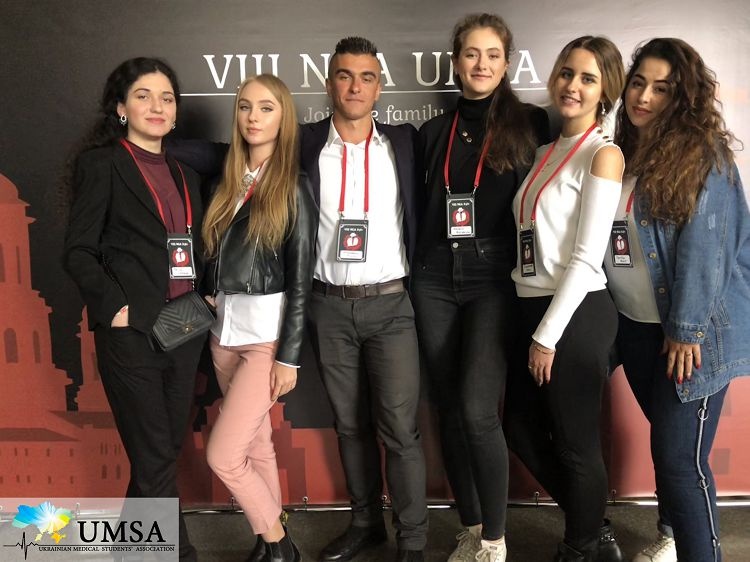 A congress of representatives of the Ukrainian Medical Students' Association, meetings of committees, plenary sessions of the association took place in the framework of the V National Assembly of Medical Students.

During the assembly, representatives of UMSA-Karazin attended a lecture on infusion therapy and a master class “BLS adults”, where they worked out first-aid skills. They also took part in the analysis of clinical oncological cases and studied the general principles of treatment.