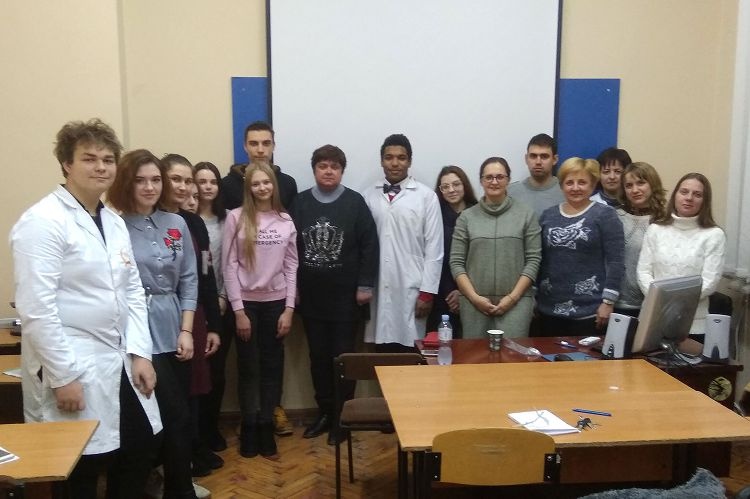 On December 18, 2018, a regular meeting of the student scientific circle of the Department of General and Clinical Pathology of the School of Medicine of V. N. Karazin Kharkiv National University took place. In the work of the group, except for students of the 2nd and 3rd courses, the head of the department, Doctor of Medicine, full professor O. S. Protsenko and a number of instructors took part. Such interest in the meeting of the student circle is due to the subject of the meeting. Before the audience the report “Congenital Heart Diseases. Causes and stages of formation” was made by the doctor of the Department of Cardiac Surgery and Emergency Cardiology of the State Organization “V. T. Zaitsev Institute of General and Emergency Surgery of the National Academy of Medical Sciences of Ukraine”, well-known expert in the field of ultrasound diagnostics D. O. Kulikova.

At the end of the report a fruitful discussion was held with the participation of instructors and students.