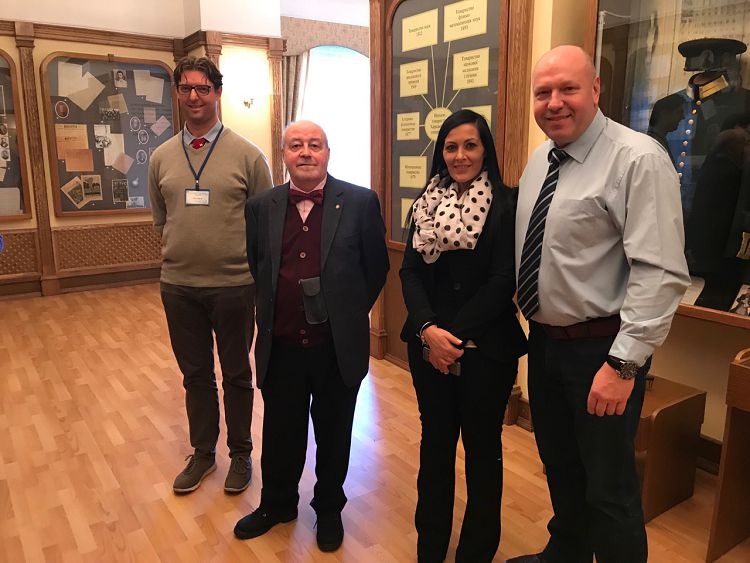 Dean of the School of Medicine, Full Professor Ihor Beloz’orov demonstrated Italian colleagues activities and structure of the School of Medicine. In the Course of the meeting it was discussed signing a cooperation agreement between two universities, their cooperative participation in the European Union program “Erasmus+” aimed to organize bilateral students and instructors exchange, preparing and performing scientific projects and grants in Medicine together.

After the meeting the Italian delegation visited Karazin University Museum of Archaeology and History.