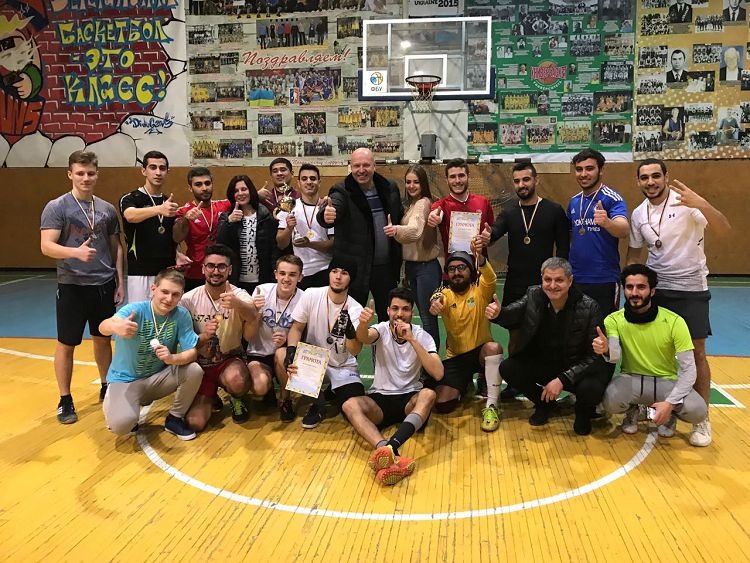 On November 25, 2018 on the basis of sports complex “Unifext” of V. N. Karazin Kharkiv National University it was held a competition in mini-football among student teams of the School of Medicine to win the Dean Cup, that already became traditional. The Cup was won by the team of the 5th year students.

The prize-winners were congratulated, awarded with the Cup, medals, merits and memory gifts by the Doctor of Medicine, Full Professor I. V. Beloz’orov and by the Student Dean, Head of Student Council of the School of Medicine K. B. Romanovs’ka. Congratulations to everybody having participated in competitions and best wishes of futher sports and academic success!