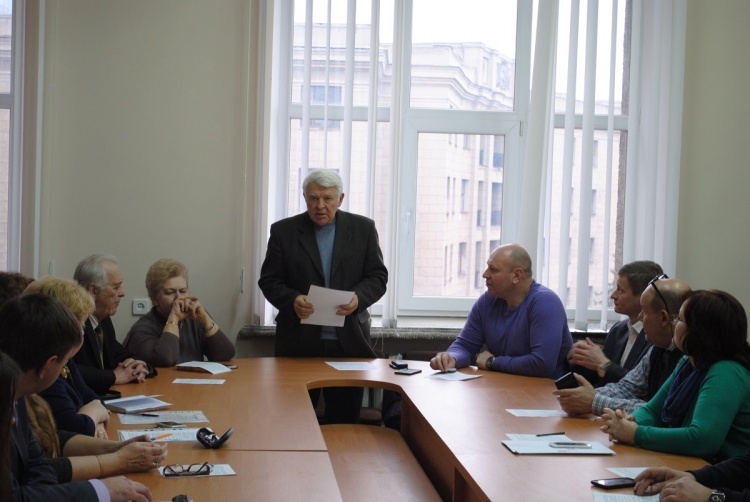 According to the order of Dean of the School of Medicine Professor V. N. Savchenko № 3801-28 / 212 of April 5, 2016 the realization of current control of preparation level of the 3rd year students of Ukrainian- and Russian-speaking (foreign students) forms of learning is planned.

Preparation for KROK-1 is realized in the framework of the implemented complex system, one component of which is the remote online course "KROK-1. General medical training", created on the basis of the Centre for Postgraduate and Distance (remote) Education of V. N. Karazin Kharkiv National University. As of April 25, 2016 in order to improve the quality of preparation and the level of knowledge of students the comprehensive analysis of the test results of the 3rd year students will be carried out with the participation of Dean and his deputies, heads of departments, coordinators and curators of preparation for KROK-1.

The full text of the order is given below. 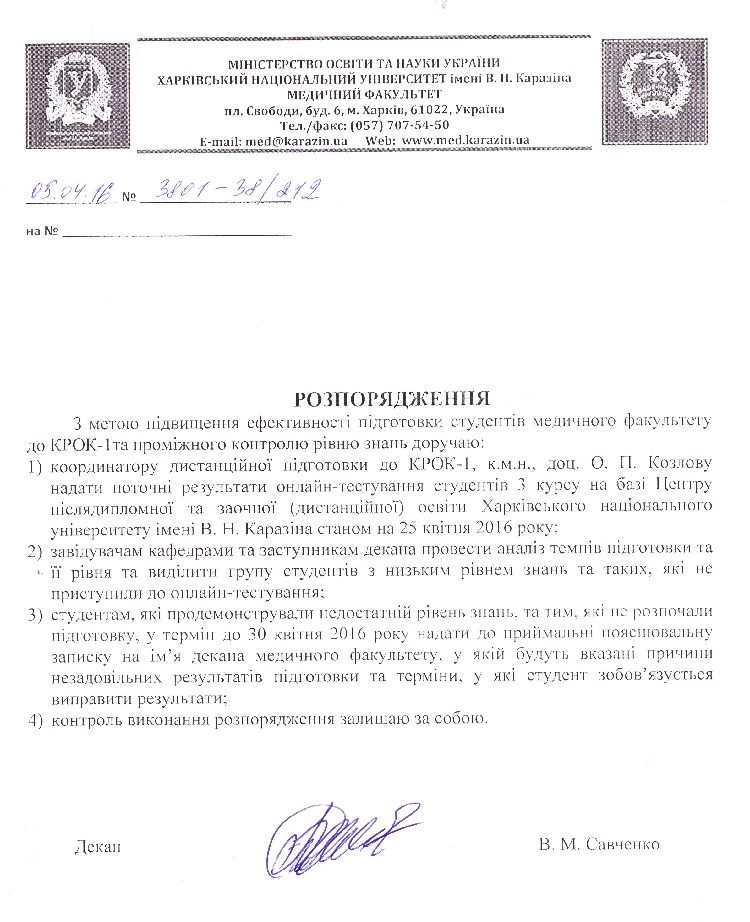