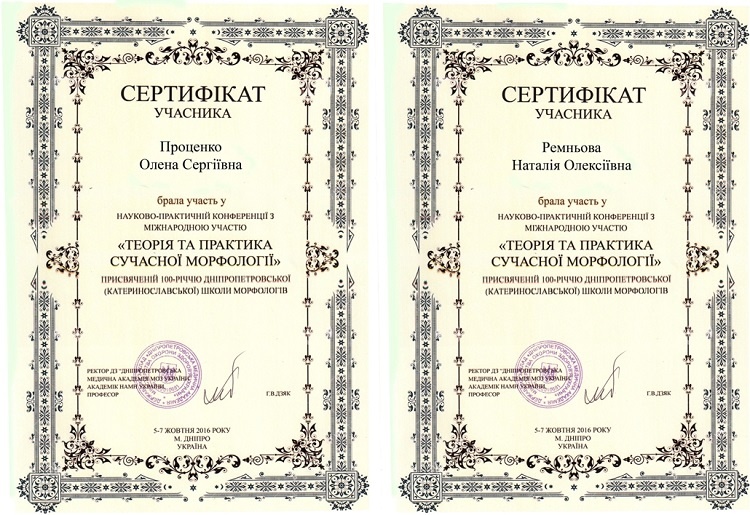 Head of the Department of General and Clinical Pathology, Professor Protsenko Elena and associate professor of the same department Remnova Natalia O. took part in the scientific conference with international participation "Theory and practice of modern morphology", dedicated to the 100th anniversary of Dnepropetrovsk (Ekaterinoslav) school of morphologists that held 5-7 October 2016 in Dnipro, Ukraine.

Based on the report the article was published, authored by faculty of the Department, Protsenko O.S., Padalko V.I., Remnova N.A., Kirichenko M.I. "Histologist N.K. Kulchytsky: scientific and socio-political activities (to 160 anniversary of his birth). The article describes the curriculum vitae of professor N.K. Kulchytsky, his scientific and practical contribution to the development of histological studies at the Kharkov Imperial University and University College London, as well as socio-political activities, including the post of Minister of Education of the Russian Empire.