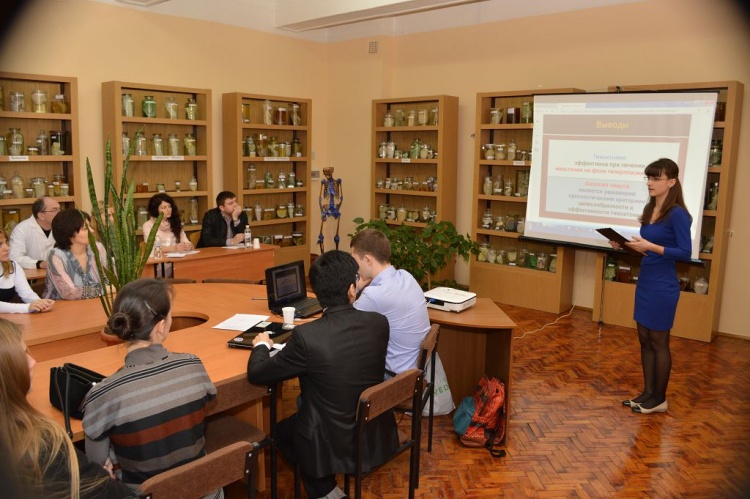 The conference has united together talented students, postgraduates, doctoral students and young scientists from all over Ukraine and other countries, who presented the results of their research activities, published theses of scientific work or spoke at a conference with oral and poster presentations.

The second day of the conference was remembered of its master-class on surgery, which carried out by the assistant of the Department of Surgical Diseases, Operative Surgery and Topographic Anatomy Vladislav V. Tsodikov together with the students of 4 courses Alexander Cybulski and Oleg Pogulyaylo. Also on this day could master the skills of spirography under the guidance of Ruslan Frantsevich Zabrodskiy, Head of the Department of Human and Animal Physiology, the School of Biology and visit master-class on medical psychology, which conducted by Oksana Liauchuk, senior laboratory assistant of the Department of General and Medical Psychology and Pedagogy of Bogomolets National Medical University.