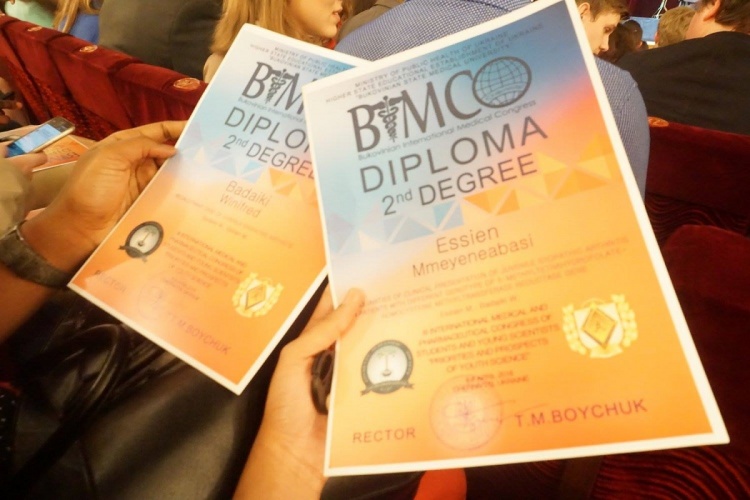 The students - members of the Student Scientific Society of the Department of Pediatrics presented reports at the III International Medical and Pharmaceutical Congress of Students and Young Scientists "Priorities and prospects of youth science", which took place on 6-8th of April, 2016 on the basis of Bukovinian State Medical University. The scientific works carried out under the direction of Аssistant of the Department of Pediatrics, Candidate of Medicine N. A. Panko.

The second report - «Recalcitrant case of juvenile idiopathic arthritis» - was presented by the 5th year student Winnie О. Badaiki in the section "Pediatrics" and estimated the jury she also took the 2nd prize place.

The staff of the School of Medicine congratulates the students with their achievements and wishes new scientific wins!